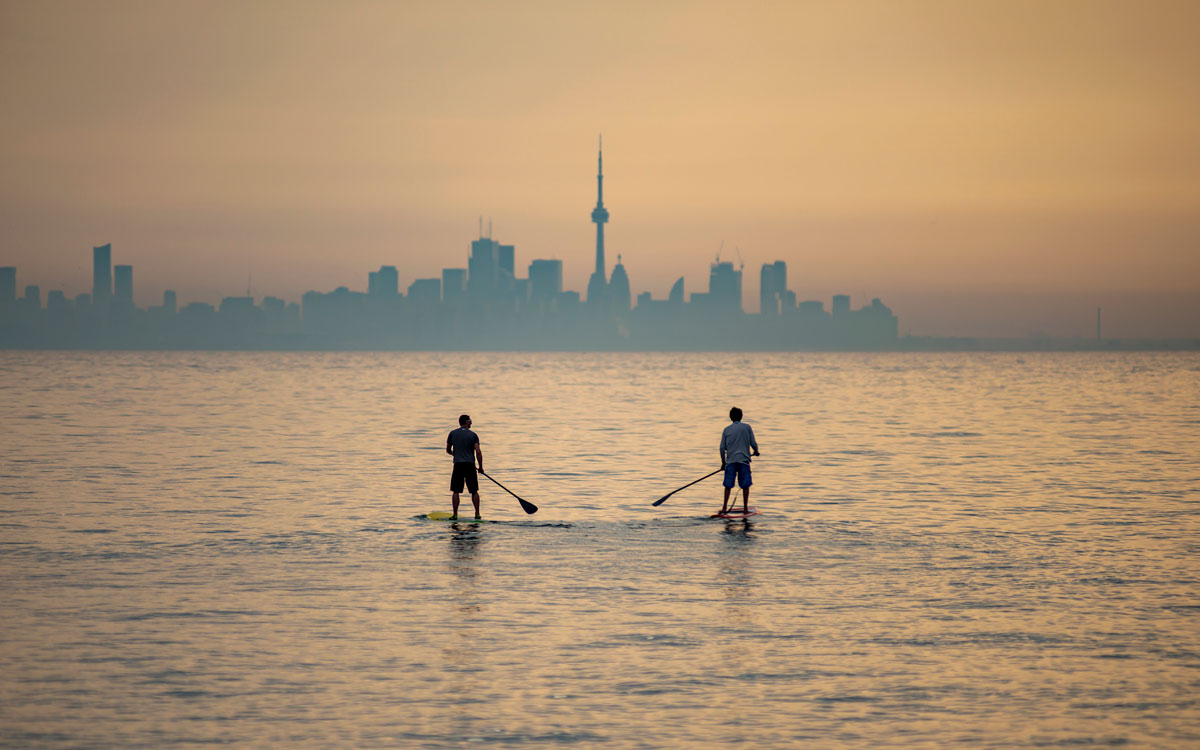 All life needs water. We need water, our bodies are mostly water and without water we cannot survive.

The book, Blue Mind, argues that being near, in or around water has healing powers that make you happier, healthier, and more connected. The sight of water, whether it be a lake, a creek or a waterfall can be beautiful but the sound of water, the gentle lapping of the waves against the shore or the rhythmic crashing during stormy days can also bring about a soothing, peaceful calm.

Some of the most beautiful spots in the city are along the waterfront with great views of the skyline and loads of photographic opportunities from east to west. Many of the finalists from this year’s Tdot Shots’ photo contest’s city and town category (including one of my own shots I’m proud to say) were waterfront shots. Mike Simpson, the founder of Tdot Shots and organizer of the contest makes no apologies for the selection saying some of the most beautiful spots to shoot in this city happen to be the waterfront with wonderful views of the city skyline.

This year with the pandemic and travel restrictions, people are encouraged to stay at home and explore locally. I’ve been exploring the different waterfronts from east to west in the city and beyond to switch things up for our daily photo walks with our pup Sashi.

Scarborough Bluffs is a unique landscape in the city and the closest to the mountains that we’ll get here. The clay bluffs at the bottom and breathtaking views above are worth checking out. Be careful though as part of the Bluffs collapsed this summer and there are hefty fines for crossing the fence on top.

At Woodbine Beach is the iconic and historic Leuty Lifeguard Station, a beautiful spot for sunrise shoots. Nearby at Ashbridges Bay are great spots for sunsets and walking your dog.

Polson Pier is a well known destination for photographers at sunset and its amazing skyline views. One of my favourite memories at Polson was during a deep freeze in the coldest winter where the harbour was frozen hard enough for people to walk and skate on the ice. Maybe this winter it’ll happen again! Nearby Cherry Beach is also a great sunrise shooting spot and although the dog park is a favourite destination for Sashi, unfortunately the great skyline view there has been blocked over the last year by a construction barge and a giant crane. Hopefully the revitalization of the port lands will give us more public lands to enjoy the skyline views in this area.

Tommy Thompson Park aka the Leslie Street spit is a terrific destination for biking, birdwatching and sunsets. In the busy summer season, don’t count on a bike being available at the bike share station. If you can, take a bike with you as it’s a long 5 km walk to the end of the park and back.

Heading further west to the downtown core, you’ll find the manmade Sugar Beach with its sweet, pink umbrellas. If you’re lucky, you might catch a giant Great Lakes freighter unloading its precious cargo of raw sugar at the Redpath sugar factory. If you get a chance, go during Doors Open to see what a giant mountain of sugar looks like and to hear more about where the sugar comes from and how it’s processed.

At the foot of Yonge St. in downtown is Harbourfront. There are great views of the C.N Tower here with passing streetcars along Queen’s Quay perfect for those long exposure shots as well as great views at the Music garden and at HTO Park, another man made beach with umbrellas.

I love the ferry ride to Centre Island, a quick getaway from the city with arguably the best views of the skyline across the harbour. Make sure you bring your mask to ride the ferry over. It’s also a great place for biking with no traffic to worry about.

A favourite of mine and many others is the Humber bridge and Humber bay parks surrounding it. There are so many great spots to shoot there whether it’s the architectural bridge or the bridge and skyline together. Right next to Humber to the west is Mimico waterfront park where you can shoot the Humber bay park lighthouse and a beautiful gazebo. It was there that we caught sight of a mother and baby beaver.

Westside of GTA to Golden Horseshoe

If lighthouses are your thing, head to the Port Credit lighthouse. The best angle to shoot it is along J. J. Plaus park. Further west, there are numerous parks in Mississauga including Lakefront Promenade park and Jack Darling provincial park. If you do go to Jack Darling provincial park, make sure to also check out the unique Rattray Marsh. And if you suffer from C.N. Toweritis, no need to panic because you can still see our beloved Toronto skyline from Mississauga and even further out at the Oakville lakeshore waterfront, also a worthwhile destination.

For a change of scenery and a little road trip that’s 2 hours away, head south to Lake Erie and Port Rowan with its unique boat houses along the waterfront. Port Burwell has a lovely long pier and a lighthouse and Port Dover, a longstanding motorcycle hangout on Friday the 13th weekends, also boasts a pretty lighthouse. If you want to immerse yourself further in lighthouse lore, read the Lighthouse Keeper’s Daughters by Jean Pendziwol that takes place on Porphyry Island near Thunder Bay and Sleeping Giant Provincial park. I am halfway through the book and recommend it.

Did You Know? Some Trivia For You

Did you know that the 5 Great Lakes make up 20% of the world’s fresh water? 150 fish species are native to the Great Lakes including the 7′ sturgeon and the muskellunge. Millions of hawks, geese and migratory birds use the Great Lakes as a bi-annual way station on their migratory paths flying as far north to the Arctic and as far south as Argentina. The Great Lakes create a cooling effect whose microclimate is perfect for growing fruit with huge numbers of wineries and fruit farms around the Niagara region in Ontario. Of the 5 Great Lakes, Ontario is the 2nd smallest with a much lower elevation than the rest while Erie is the smallest and the shallowest.

We send out the newsletter about 10-12 times per year.

You have Successfully Subscribed!

Donna Chong loves photography, her daughter Jade and running with pup Sashi, though not necessarily in that order. She admits to a very slight addiction to Instagram which she controls by working full time in the financial sector with the occasional writing assignment on the side. She lives in Toronto. Follow her on IG: @donnachong21/ 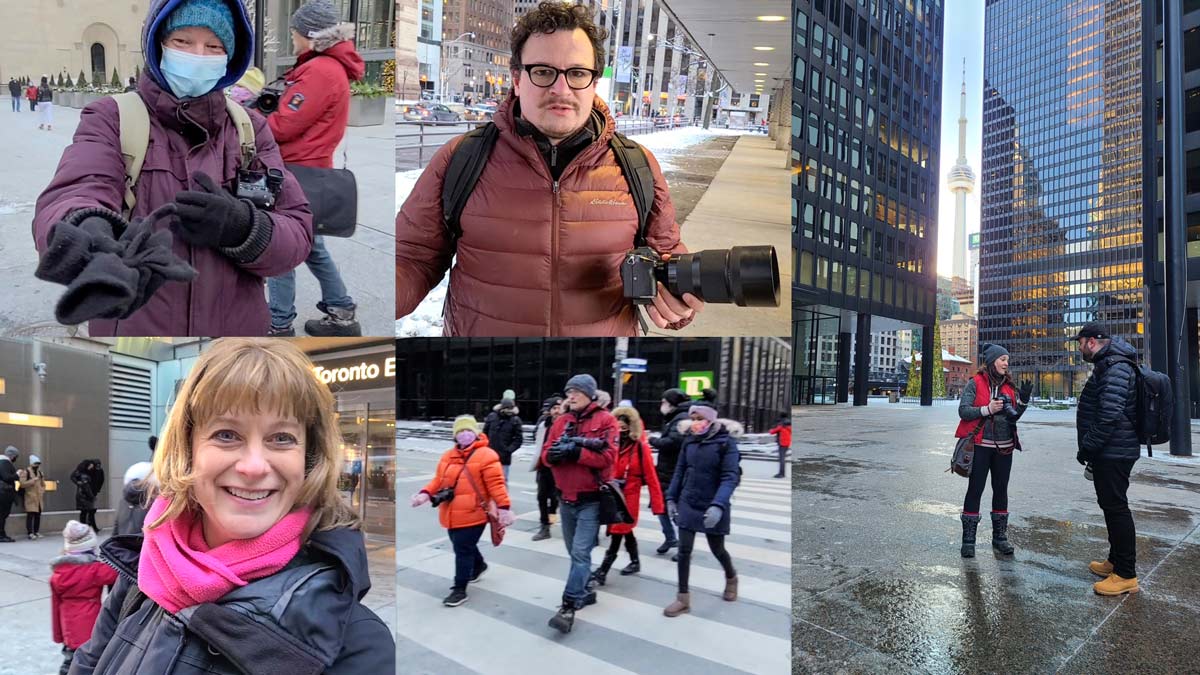 In December Tdot shots collaborated with David Paul on a special photo walk with a street photography theme. It was a chilly day and COVID was on the rise but 19 intrepid photographers from the Greater Toronto photography community came out to enjoy the walk. Read the article to find out more about this special meetup. 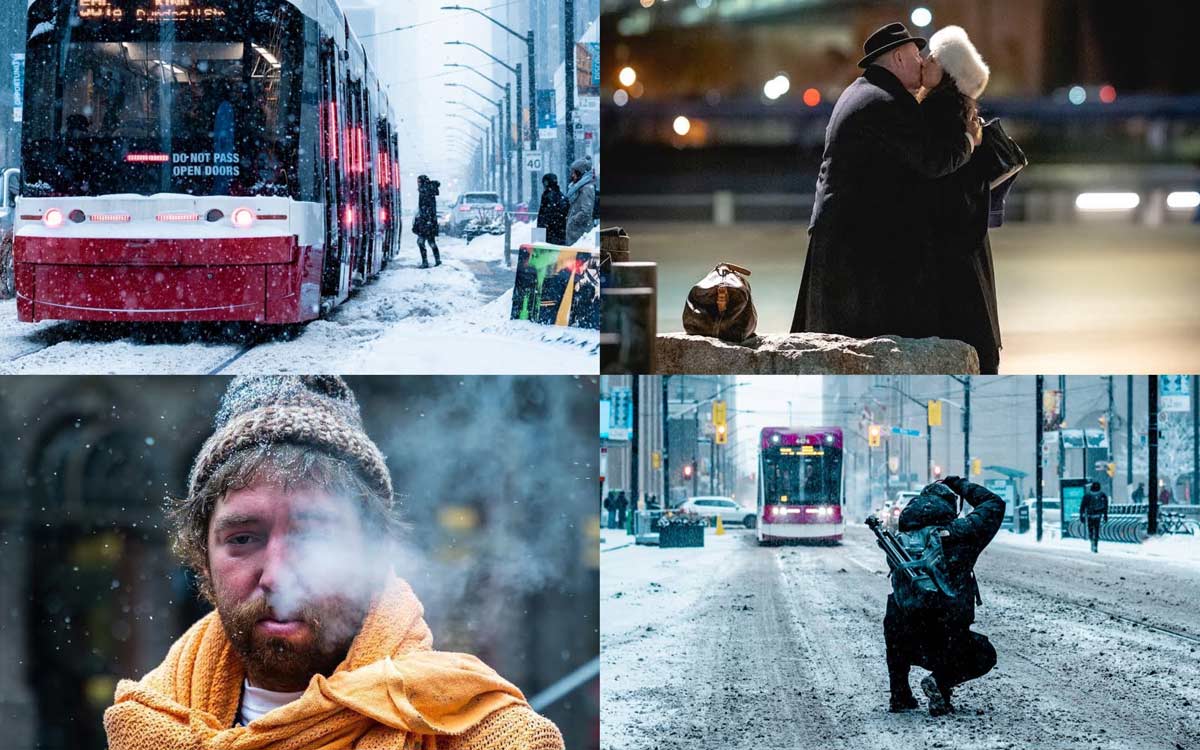 Images by David Paul aka @dp.ey Photo Walks are back! We’re launching the winter series with a special event. We are excited to announce our winter photo walks with a special guest for our first event on Dec. 19. Dave Paul, Toronto-based photographer and instructor will join our meetup. Event is $5 and runs from… 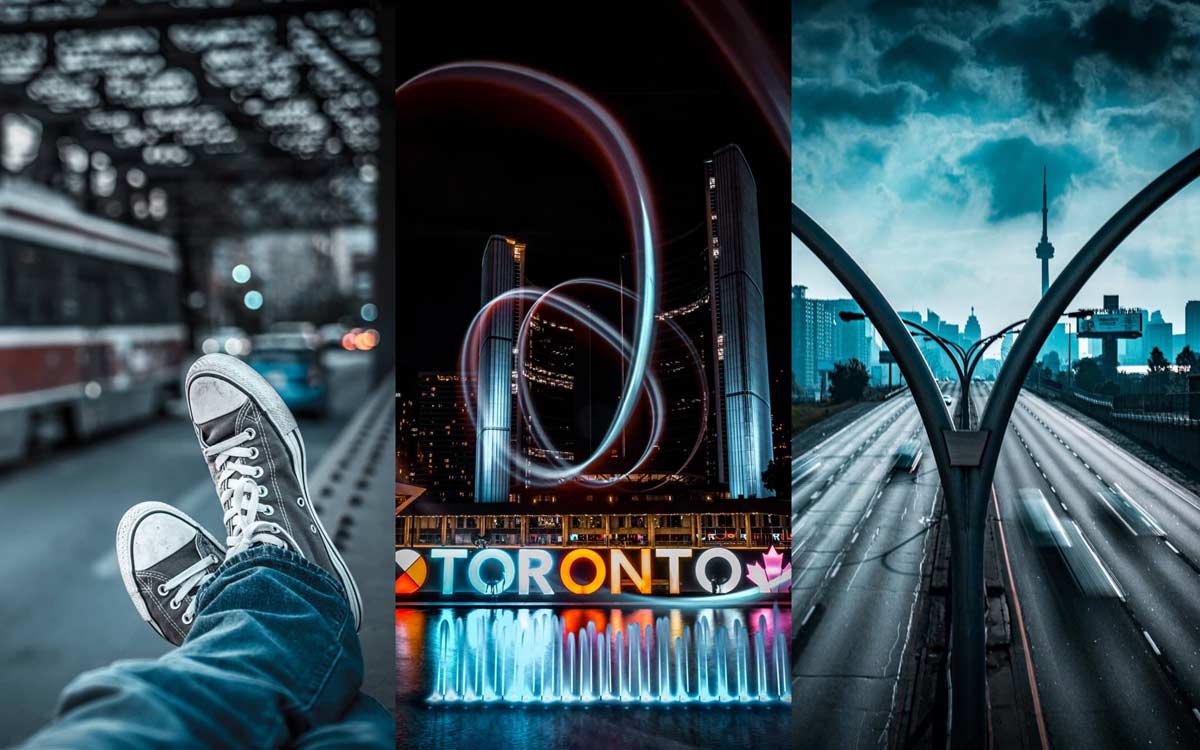 Interview by Mike Simpson I have never met Mr. Brian James but I will tell you that in choosing these images I decided that I like him. I like the variety of images in his portfolio – and I LOVE the editing. Blue never looked so good to me. Same for the dark moody stuff!… 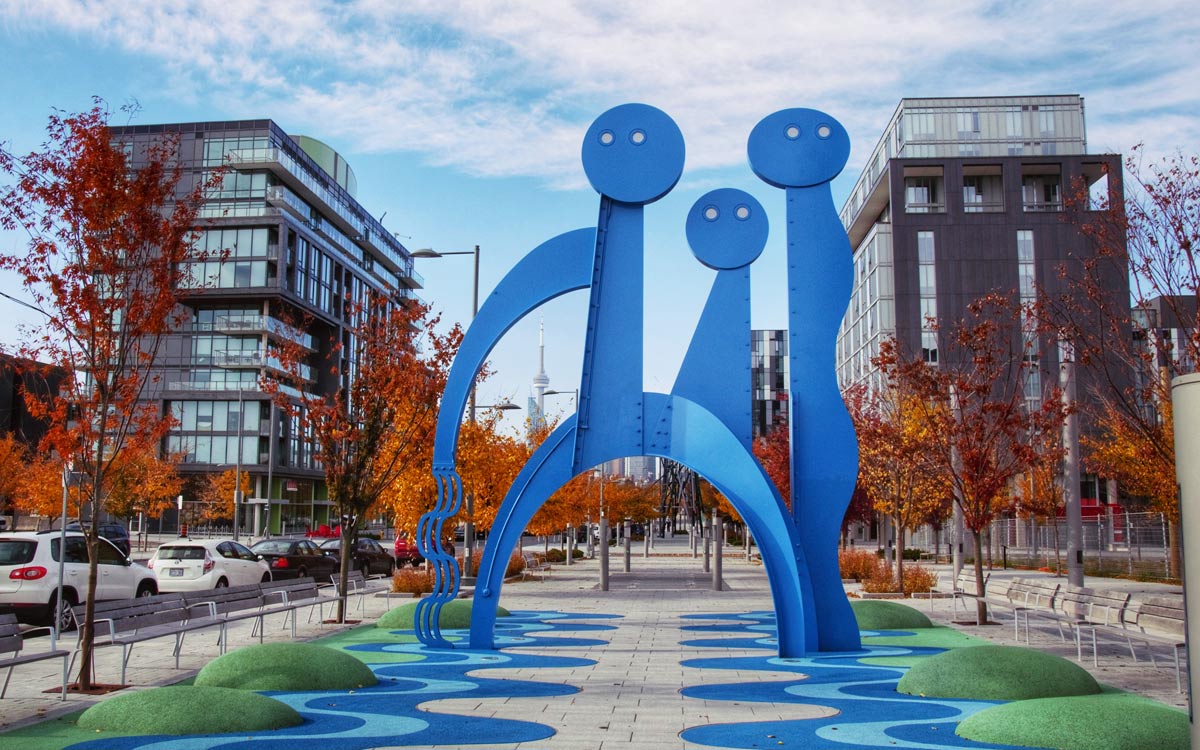 Toronto public art is at once beautiful and thought provoking and sometimes controversial. Often tied to development it tends to appear in areas with new buildings. Our writer Donna Chong explores some new and classic favourite public art works, between City Hall, the Financial district and Canary District. Read on for background on TO public art and a mini tour of each location. 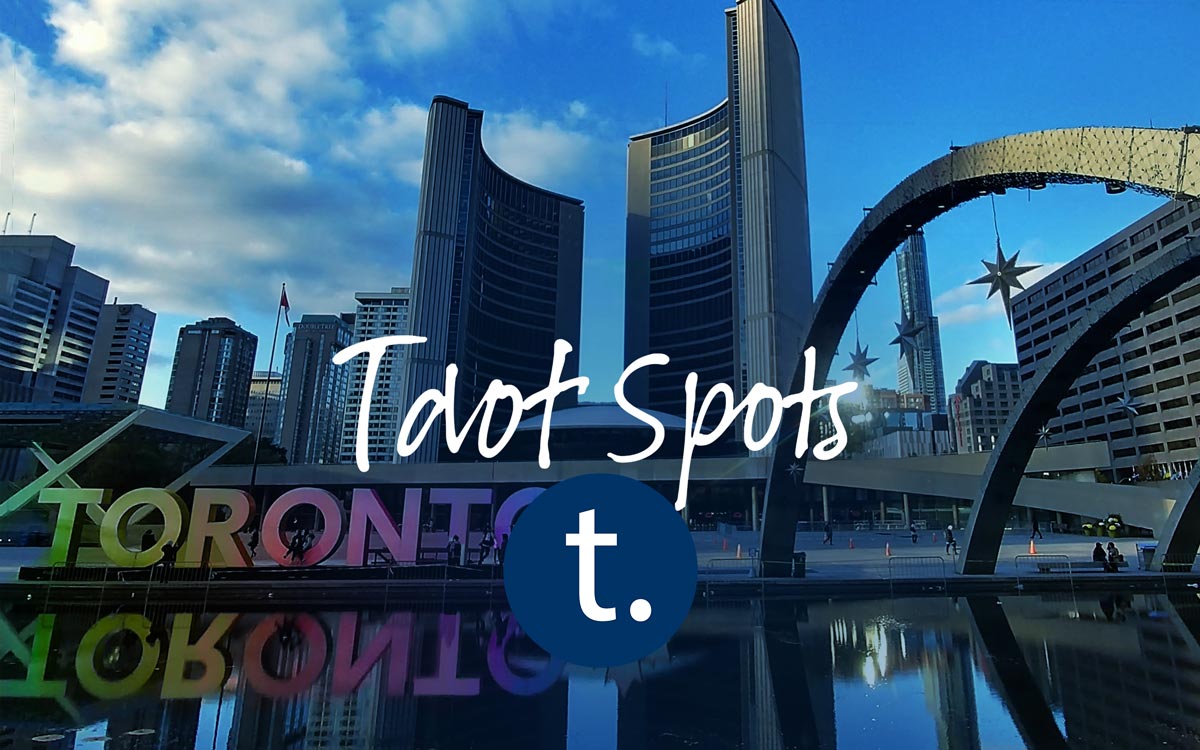 On Instagram I run a hub or community for photographers called Tdot Shots. I see a lot of amazing photos of classic spots in the city. I decided to share a few spots and images with you – here they are! Skyline from Waterfront (Polson Pier, Islands, Humber Bay) View this post on Instagram A… 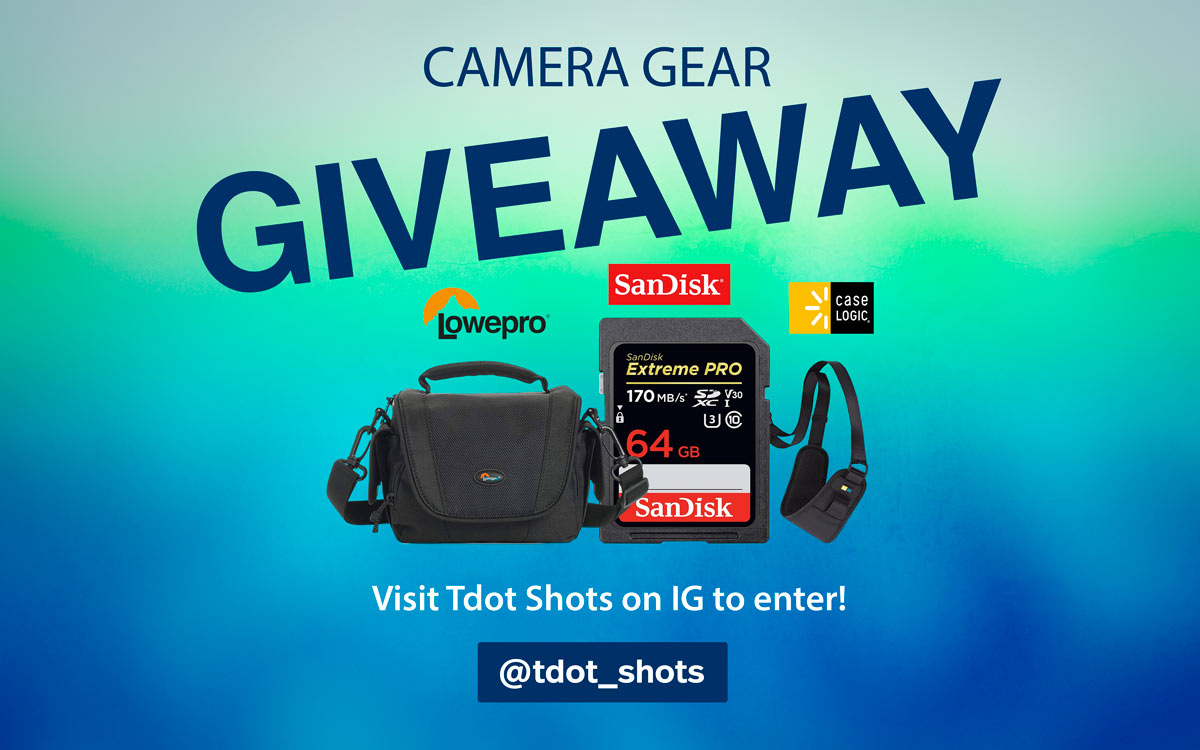 🎉 GIVEAWAY 🎉 We are happy to announce the launch of our new website Tdot.com! We are giving away this camera gear package to celebrate! ⠀ Instructions:  ⠀ 𝐅𝐎𝐋𝐋𝐎𝐖 @tdot_shots & @tdotdotcom (we will check) ⠀ 𝐋𝐈𝐊𝐄 this post⠀ 𝐂𝐎𝐌𝐌𝐄𝐍𝐓 & tag a friend (1 tag per comment, one tag = one entry, limit of…

Join us for Walking Tours and Photo Walk Meetups in Toronto

“Transit Timewarp: Toronto and Beyond!” is a photography project by Trevor Parkins-Sciberras, a.k.a. “Trevor the Time-Traveller.” He created his first couple of “past and present” comparisons in 2012 but it wasn’t until 2015 that his interest in local history, transit, and old photos really took off. Trevor’s goal is to make transit history more appealing… 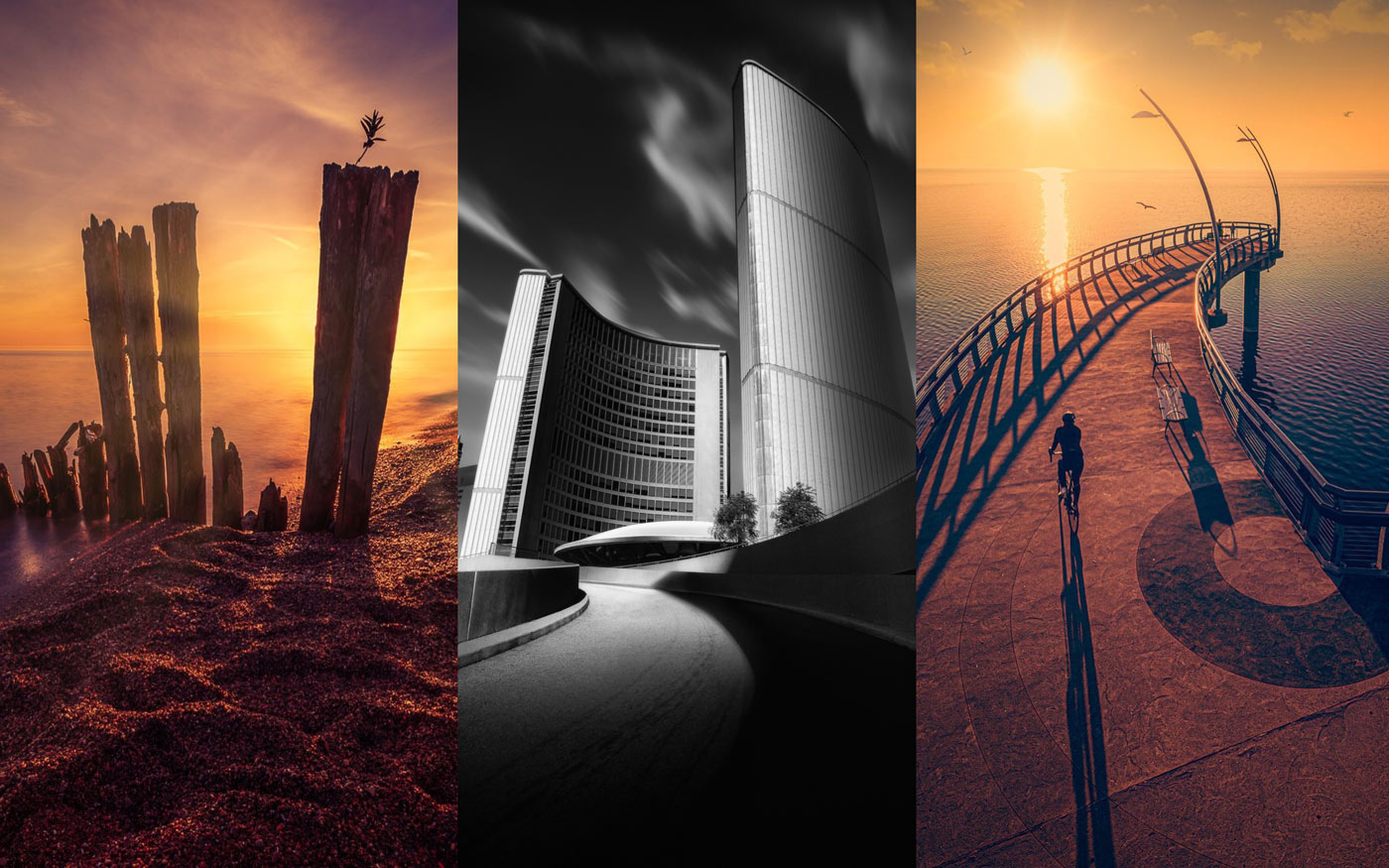 We are grateful to the photographer for sharing their thoughts and experience about photography. Please support the artist by checking out their website or Instagram! Interview and photo selection by Mike Simpson. Who are you?   I am Todd Murrison, a semi-retired illustrator who has worked in the North American advertising industry since 1984. The majority… 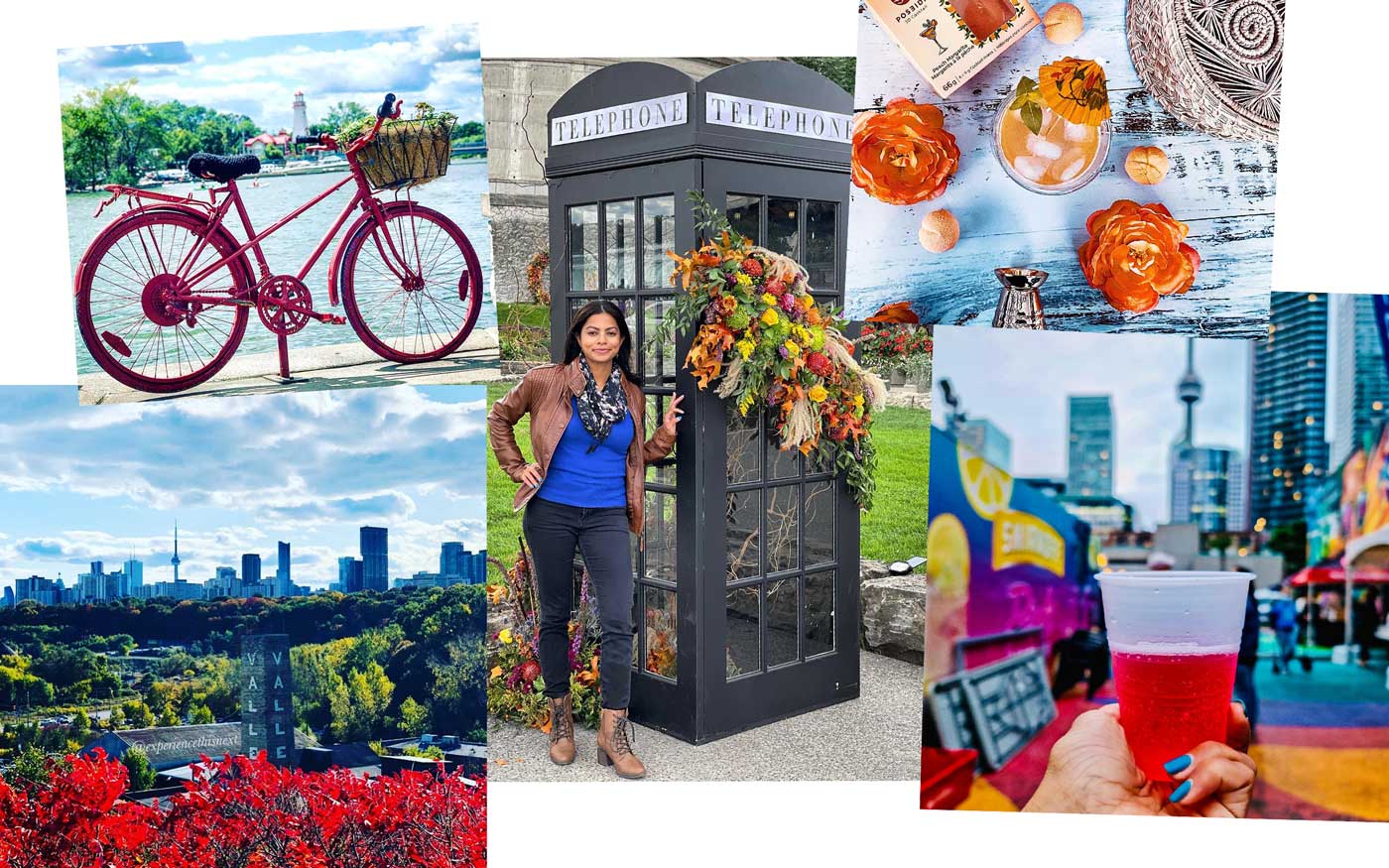 Can you introduce yourself? My name is Thanuja/TJ and I am the creator behind Experience This Next, my digital platform to highlight local experiences, businesses and products in Toronto and abroad. Born and raised in Toronto, I was exposed to diversity at a very young age and have always been drawn to exploring different places, cuisines,…

Tdot.com is a design agency supporting events, art, design, creators, and photographers in Toronto aka Tdot. Join our community Tdot Studio and check out our photo walk events and online courses.

Buying a domain or web hosting?

We recommend Namecheap web hosting. It's fast and reliable.

Sign up for Namecheap (This is our affiliate link - we make a small commission at no extra cost to yourself).