Twice a year the Toronto media perks up to announce the incredible event known as Toronto Henge sunset. The next occurrence is today. Though it’s good for a few days up to a week before or after the perfect alignment.

What is Toronto Henge? The sun aligns with the East and West streets to create an intense blast of light that creates strong silhouettes and shadows.

Photographers are very interested in these captures but anyone can participate. It just takes a few simple concepts and techniques to get good shots. Here are the main subjects of this article:

The dates change slightly yearly but you can keep up with it by checking out posts on sites like the Weather Network or just opening an app yourself and looking for alignments.

This February the ideal date is identified as February 15 by the Weather Network. This sunset timing repeats in February and October every year though the prime calendar date changes year by year.

It’s not a one day event!

Keep in mind though that this is not really a one date phenomenon. Depending on the street orientation, buildings in frame and height of the sun (altitude) you end up with variations on the henge effect over the course of a week or two.

A variability of the height of the sun will produce a differing quality but if you actually get a sun blasting pure light directly into your camera it will be difficult to take a good photo. You will end up having to stop down so much that the resulting photo can look kind of gross.

The best light may also occur just as the sun sets so the sun is partially obscured and offering indirect light. Objects or figures obscuring the light can also assist.

Shooting into the bright sun and getting useable images requires making the aperture of the lens smaller or using some kind of filter (or both). If you are using a smartphone and can’t adjust aperture a cheat would be to use a fast shutter speed. I do this with my Samsung to shoot in bright light.

Instead of shooting at a fairly wide open f-stop like you might normally do (say f/2.8) it’s necessary to move the aperture setting to a smaller f-stop like f/11. This process is called stopping down. The aperture is smaller as the number rises and less light hits the lens.

One of the benefits of closing down the aperture is the appearance of sun flares or lens flares in the image which often look beautiful. These flares are a kind of in camera visual effect which really adds “flair” to your images (pun intended).

A short note on using software to calculate the angle of the sun. All you need is an app that can lay down the sun direction over a map. There are many websites and software that can do this.

Though many people swear by PhotoPills I recommend Sun Calculator. The main reason for this is cost and complexity. If you need super hyper positioning in relation to a building or statue then the functionality of a paid app like PhotoPills may be justified.

However since you only really need the sun angle laid across a map, many free or inexpensive apps will do the trick. Obviously the only “must have” is the ability to change date and time so you can look ahead and plan your shoot.

In these photos (at bottom of the post), looking west along Queen street west, you can see amazing bright light and long shadows. Keep in mind that these photos were not taken on the perfect alignment day (actually days later) but they still demonstrate what’s possible.

One of the greatest difficulties is the edit. Because of the stop down process you end up with dark images. As you brighten your raw files the image is revealed but the tones and colours are very intense.

It can be easily overdone. You may want to dial back saturation so your image is not so intense. Play with the intensity of the yellow, orange and red in HSL settings.

Tip – Try the pedestrian bridge overlooking Queen street that connects the Sheraton centre hotel with City Hall! Or go to King St. Try shooting alongside the streetcars in the middle of the street.

Good luck and have fun with your Henge shoot!

We send out the newsletter about 10-12 times per year.

You have Successfully Subscribed! 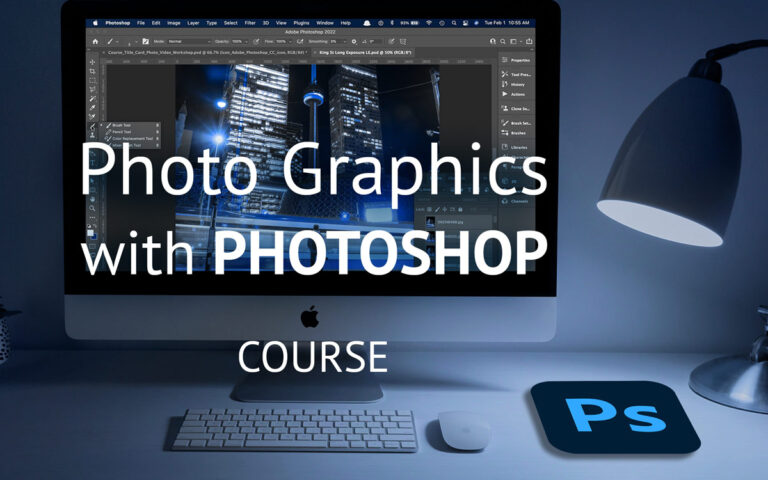 Are you looking for ways to improve your design and digital media skills? Would you like to add Photoshop or video editing to your resume? You’re in the right place, ’cause we have a tip to get you on track. You can join our course “Photo Video Workshop” and up your game with a micro-program designed to elevate your design and media skillset.

Instagram may not be dead but I feel like it’s dying or in decline. And I know I’m not alone in saying that. IG has lost its ability to spark joy and is way too commercial and bloated with features. Do we need to become video editors to compete in the reels arena or connect…

Have you been to the downtown campus of the U of T aka “St. George”? It’s one of the gems of the west downtown and an essential walk for anyone interested in photography, architecture and history.  We are excited to announce the University of Toronto walk as the first event in the return of our…

It’s November and the Iconic Toronto Photo Contest is here! 🏆 It is with pleasure we have the opportunity to introduce our volunteer judge, Mr. Brian James, a talented photographer from Toronto, specializing in street and portraiture. The Iconic Toronto photo contest will have thousands of entries under the hashtag #iconictoronto so we are grateful…

Can you imagine how interesting and magical it would be to go out to shoot photos and be able to capture a snowy owl in Toronto? This was the experience of Carl aka @pawlowski.outdoors on a recent outing in the Toronto area.

It's free to register and browse the blog!

This week, Canadian Geographic magazine announced the winners of the 2022 Photo of the Year competition and the finalists and winners’ images are stunning. We suggest you have a look at the amazing photography. Congrats to the winners! We understand the importance of recognizing accomplishment and mastery in the photographic arts, as host our own…

Thanks to the Greater Toronto Area (GTA) photo community for using our hashtag #tdot_shots. Reviewing the images under this tag is one of the primary ways we select images to share with our followers. Recently we noticed a trend: warm tones, whether from the streets at night or iconic architecture of landmark buildings. So we…

Are you interested in getting published and contributing to a wide audience of artists, photographers and creators in the Toronto area? Please consider contributing to Tdot Shots and Tdot Studio. You can use #tdot_shots on your Instagram posts or take it a step further and email us a story idea, draft of a blog post,…

Tdot.com is a design agency supporting events, art, design, creators, and photographers in Toronto aka Tdot. Join our community Tdot Studio and check out our photo walk events and online courses.

Buying a domain or web hosting?

We recommend Namecheap web hosting. It's fast and reliable.

Sign up for Namecheap (This is our affiliate link - we make a small commission at no extra cost to yourself).